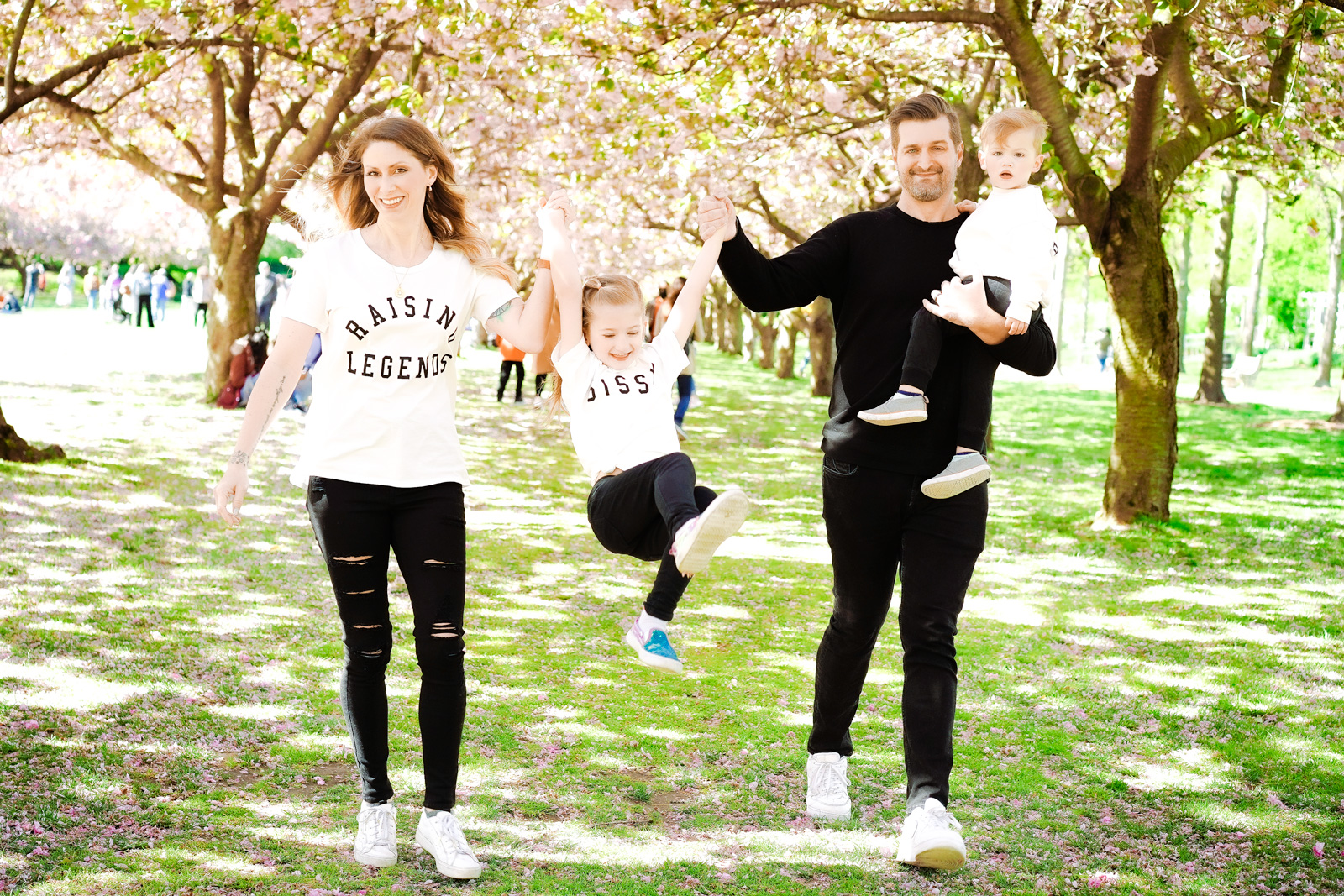 Allison and her husband, Dustin met during high school in Texas. They have two young children, and had been living over 10 years in Brooklyn, New York.  They considered themselves “big city people”.  Right before the pandemic, they were finalizing plans to move to Budapest for work, but when the pandemic hit, everything got canceled.

It was during this time that like many people, they started to rethink how they wanted to live their lives. Their goal was to get out of the rat race in New York and slow down a little, so they could spend quality time with each other and their kids.  This is the story of how they made the move to a small touristy fishing village in Portugal, putting their kids in a Portuguese school and leaving their “big city life” behind.

With their plans for Europe canceled due to the pandemic, Alison and her husband weren’t going to give up. They both wanted to take a break from the US. They wanted to give their kids the chance to see a different way of life, a different culture. So they asked themselves the question,

“If we could move anywhere, where would we go?”

The couple had traveled extensively in both Europe and Asia in the past. Having been to Portugal a few times, it became one of the countries they always recommended to friends.

And in that five-minute conversation, the decision was made. But how would they make it work?

They spent months thinking about what they wanted from life. They considered living in the countryside, running a bed and breakfast, setting up an alpaca farm, and growing an orchard of fruit trees.  And then Allison admits they had to come back to being realistic and understand how long it might take to make the move. From the research she’d done, it looked like about six months was a sufficient timeline to get everything in place.

Allison started to join Facebook groups and did a lot of online research. Initially, they were considering the possibility of a Golden Visa, which is an investment visa, but the minimum investment required was quite high.

It was then, that Allison discovered the D7 visa, which requires you to have at least a Portuguese minimum wage as your income, which can be from outside of Portugal.

Applying for the D7 Visa as a Family

Allison and Dustin gathered all the paperwork, and at the time of their application, they discovered that each member of the family had to apply for the visa, including their 2 year old!

‍“Essentially, with the D7, the Portuguese government want to be sure that you can support yourself.” says Allison.  “Unfortunately, like many visa processes, there’s no set checklist of requirements. Each office reviewing the visa has their own set of requirements.”

Allison recommends that you submit all the specific things that the visa asks for - proof of income, proof of long-term accommodation, a Portuguese NIF (tax number), a Portuguese bank account - but that you also provide additional assurances that you can support yourselves.  Finding a decent lawyer to help guide you through the process is recommended and Bordr can help you get a NIF and open a bank account.

Finding a School in Portugal

On applying for the visa, Allison and Dustin had already found a school for their children to attend in Portugal, and had enrolled them in that school too.  This can be a difficult process, especially when you’re not in Portugal to visit the schools.  But this is how Allison recommends you move through the process.

You have two options:

Allison feels this is probably one of the hardest choices for families moving to Portugal, unless you are already really sure about where in the country you want to live.

For them, they loved Lisbon, but they knew they didn’t want the city life anymore. They wanted to be somewhere with a slower pace, living in a house with a garden and maybe even a pool.  However, they also wanted to be close enough to Lisbon, that they could visit when they wanted a little city life.  This helped them narrow down the areas in which they might want to live, but the difficult part was having to rely on other people’s opinions, rather than being there themselves.

Once they had a shortlist of areas, the next step was researching the location of any international schools in those areas.  Allison made a spreadsheet with all the costs and requirements of each international school, plus the pro’s and con’s of each school and location.  She worked with her lawyer in Portugal, who helped a lot with information. This helped them narrow it down to two international schools. However, one was in a town in which they didn’t want to live, and it turned out that the other school didn’t have space for their children.

They were back to square one, after all that hard work.  But then their lawyer advised them that there was a private Portuguese school near the school that didn’t have space. They realized the school was quite international with lessons in both English and Portuguese, and had a good reputation. The location was perfect, and that’s the school that they chose in the end.

The family have been in Portugal for a year now, and are happy to report that their kids love the school that they are in, and Allison and Dustin are loving the new life they’ve started.

Telling Young Children about the Move

Telling your children that you are going to uproot them from everything and almost everyone they know is one of the hardest things about moving to a new country.  For a child at any age, they will question why they have to leave friends, why they have to change schools and live in a country far away where they don’t speak the language.

Allison found this moment really hard.  In fact, to make it easier, she told her daughter that they would be moving for one year.  Having been in Portugal for a year, her daughter is loving her new school, her new friends, and can’t imagine going back to the US.

Certainly, when you arrive in Portugal, there is a lot to learn and adapt to.  When you arrive, you will have to deal with paperwork and bureaucracy - setting up accounts, getting yourself set up in a new country, attending official meetings.  Make sure to have some Portuguese help if you can. For Allison and Dustin, it was their lawyer, but it could be a friend or teacher for example.  Whoever it is, having a local able to help you navigate some of the new processes and meetings, and helping to translate at times, will help minimize the stress and confusion of those first few months in Portugal.

In Portugal, you are both fortunate and unfortunate that many people do speak English. It means that in certain areas, you can get by with very little Portuguese. This can help and hinder your ability to learn Portuguese.  For some, it’s great during those early months when you are still settling into a new life, to not have the stress of having to converse in a new language while trying to work out how things work. However, Allison loves to try to speak the language and is taking lessons.  Having a few Portuguese friends is certainly helpful, so that you have a safe space to practice too.

Having been in Portugal for a year, Allison recommends these three things:‍

For more insight into Allison’s story, take a look at her blog - Renovating Life 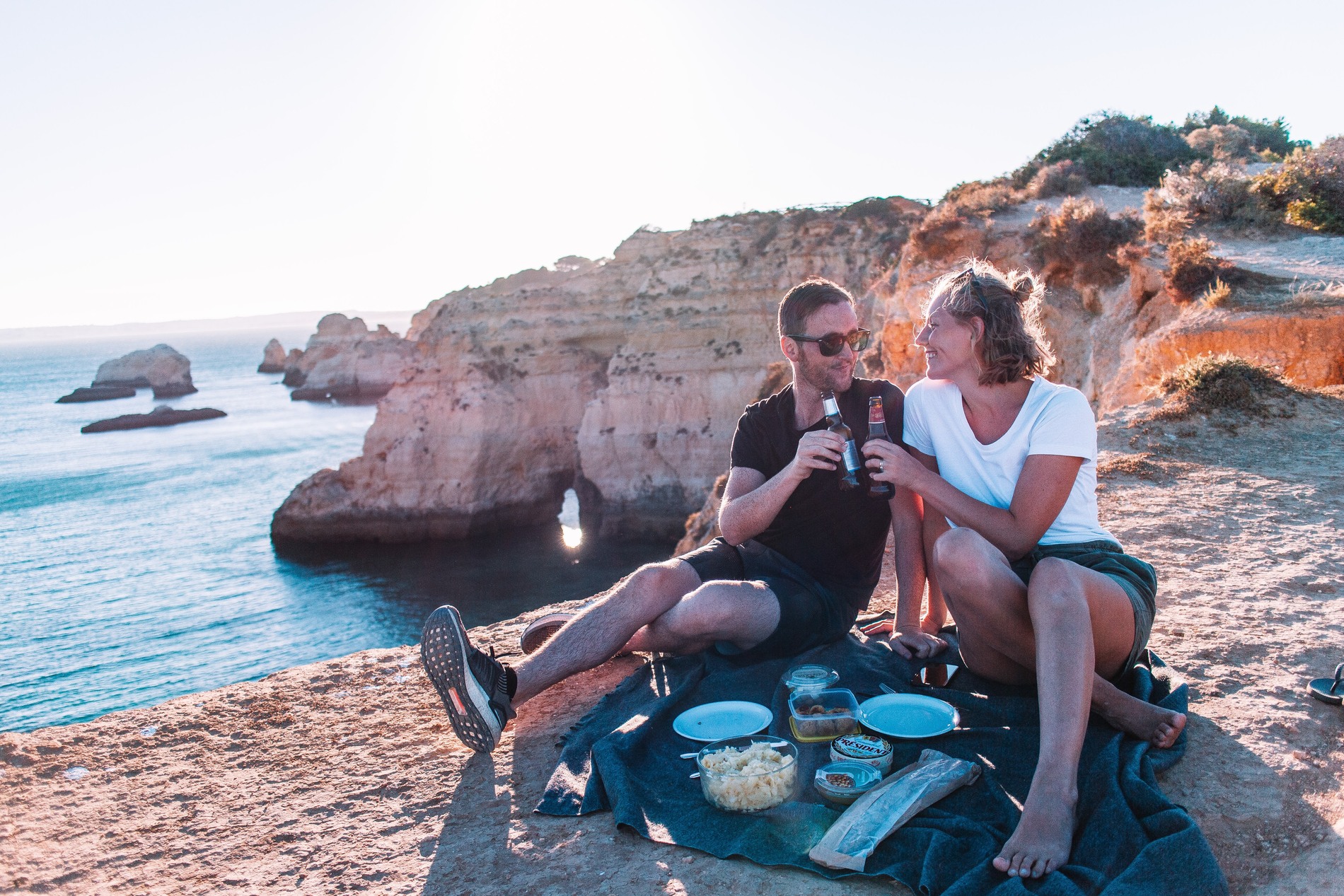